Colloidal particles have become increasingly important for research as vehicles of biochemical agents. In future, it will be possible to study their behaviour much more efficiently than before by placing them on a magnetised chip. A research team from the University of Bayreuth reports on these new findings in the journal "Nature Communications". The scientists have discovered that colloidal rods can be moved on a chip quickly, precisely, and in different directions, almost like chess pieces. A pre-programmed magnetic field even enables these controlled movements to occur simultaneously.

Model of the colloidal rods of different lengths, which move like chess pieces on a magnetized chip. Image: Adrian Ernst.

For the recently published study, the research team, led by Prof. Dr. Thomas Fischer, Professor of Experimental Physics at the University of Bayreuth, worked closely with partners at the University of Poznań and the University of Kassel. To begin with, individual spherical colloidal particles constituted the building blocks for rods of different lengths. These particles were assembled in such a way as to allow the rods to move in different directions on a magnetised chip like upright chess figures - as if by magic, but in fact determined by the characteristics of the magnetic field. In a further step, the scientists succeeded in eliciting individual movements in various directions simultaneously. The critical factor here was the "programming" of the magnetic field with the aid of a mathematical code, which in encrypted form, outlines all the movements to be performed by the figures. When these movements are carried out simultaneously, they take up to one tenth of the time needed if they are carried out one after the other like the moves on a chessboard. 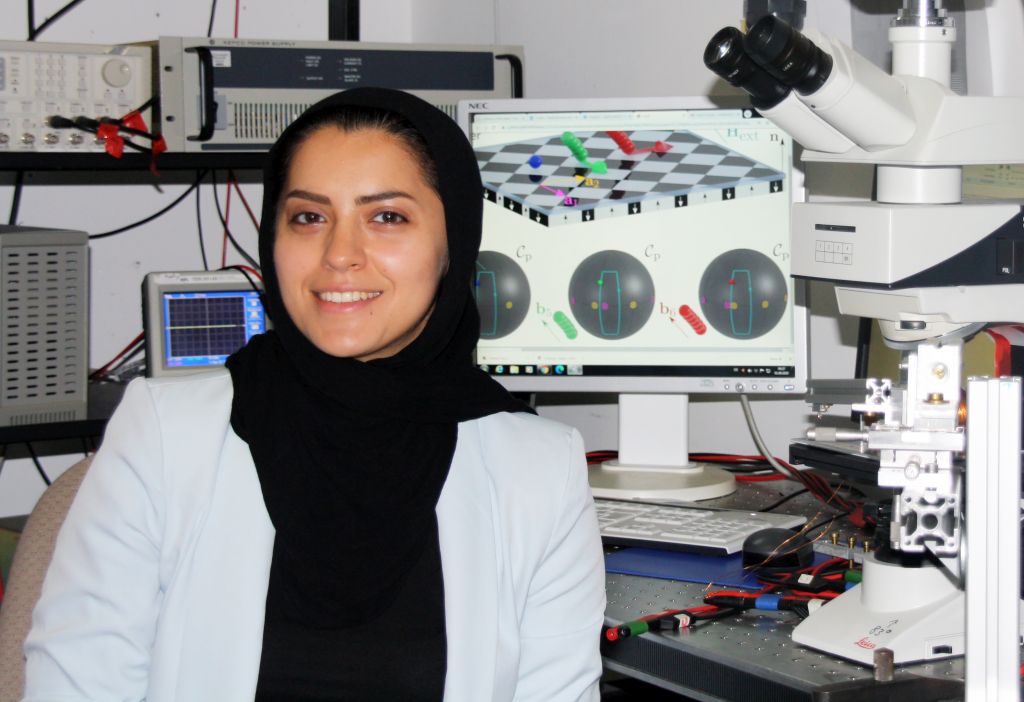 "The simultaneity of differently directed movements makes research into colloidal particles and their dynamics much more efficient," says Adrian Ernst, doctoral student in the Bayreuth research team and co-author of the publication. "Miniaturised laboratories on small chips measuring just a few centimetres in size are being used more and more in basic physics research to gain insights into the properties and dynamics of materials. Our new research results reinforce this trend. Because colloidal particles are in many cases very well suited as vehicles for active substances, our research results could be of particular benefit to biomedicine and biotechnology," says Mahla Mirzaee-Kakhki, first author and Bayreuth doctoral student.