The main focus of the practical laboratory course - apart from deepening the understanding of physical processes - is in particular the teaching of basic concepts of scientific work, which you can refer to and build on later in your studies (e.g. in lab courses specifically tailored to your studies or in a thesis).

In addition, you will get to know and practice the use of different measuring instruments during the laboratory course. This is intended to lower the inhibition threshold to deal with previously unknown measuring instruments in the later course of your studies and not to be afraid of their operation. On the other hand, you will get to know various metrological processes and basic physical terms during the practical laboratory course, which you can also use later in your studies outside of a physics course.

For example, terms such as voltage, potential or electric current play an important role in neuronal signal transmission in the nervous system of living beings or also with regard to the characterization of certain redox reactions in chemistry (spectroelectrochemical investigations, determination of redox potentials, galvanic elements). You can often also study such reactions, for example, by spectroscopic or calorimetric methods. In turn, you will encounter terms such as diffraction or polarization of light especially also in the biological environment, if you want to examine and characterize small structures under the microscope.

In terms of content, the laboratory course covers a wide range of different areas of Physics, from error calculation, mechanics, electricity and optics to thermodynamics and radioactivity. The following list gives an overview of the experiments available in the basic physics practical course, of which you will have to complete a certain selection and number depending on your course of study.

Overview over the experiments:

Comparing results of different measurements or assessing the agreement between theory and experiment are not possible without knowledge of the measurement uncertainty. In this experiment, you will therefore learn the basic procedure for error analysis of experiments and apply the concepts of error calculation to simple experiments. This experiment is the first one for all of you and forms the basis for the evaluation of the following experiments.

Oscillatory systems occur in many physical, technical and natural systems, for example in the transmission of sound in a medium, in the analysis of chemical compounds on the basis of characteristic oscillations or also in the neuronal networks of the brain.

In the coupled pendulum experiment, you will consider a system of two couplable physical pendulums as a simple mechanical model system in order to understand the fundamentals of coupled oscillatory systems.

Thermodynamic processes also play a decisive role in very many synthetic and natural systems, be it in temperature-dependent phase transitions, chemical equilibria or diffusive processes. In the development of classical thermodynamics, the study of gases in particular played an important role. A gas can be described by the so-called state variables volume, pressure and temperature. In the 'Real Gas' experiment, you will examine the behaviour of the gas sulphur hexafluoride during compression and liquefaction and learn the significance of the so-called vapor pressure curve in practice.

The molecules in a liquid are disordered and are able to shift against each other comparatively easily. Frictional forces occur, which are proportional to the speed of the displacement. The friction leads to the so-called toughness or viscosity, a material constant characteristic of the respective liquid. This viscosity plays an important role, for example, in the processing of solutions of synthetic polymers and molecules and, of course, in the flow of liquids through tubes or capillaries (or in the flow of blood in veins). In the Viscosity experiment, you will use a simple Ostwald viscometer to investigate the influence of various parameters, such as capillary diameter and fluid temperature, on the flow rate of the fluid.

Many modern measurement methods are based on the measurement, transmission and analysis of electrical quantities such as voltage, current, resistance or conductivity. Furthermore, the corresponding quantities are also of central importance in natural systems, for example in signal transmission in neuronal networks or in the measurement of redox potentials of chemical reactions.

In the “Measurement of Electrical Quantities” experiment, you will therefore first learn the basic concepts for measuring voltage, current and resistance and practice the correct handling of the corresponding measuring devices.

This experiment builds in part on the knowledge acquired in the experiment "Measurement of electrical quantities". In the "Current-voltage characteristics" experiment, you will apply the knowledge you have acquired to characterize electrical components such as resistors and semiconductor diodes. If a voltage is applied to one of these components, a certain current flows through the component depending on the voltage applied. This relationship is known as the current-voltage characteristic and is characteristic of the component in question. An essential new element in this experiment is learning how to use an oscilloscope, which enables the display of a voltage curve that varies over time and is a fundamental measuring instrument in any scientific discipline.

Finally, in the third and last experiment on the subject of electricity theory, you will again use the oscilloscope to observe how the basic components of resistance, coil and capacitor behave when an AC voltage is applied. Coils are characterized by a so-called inductance, which is a measure of the induced reverse voltage when the current flow changes over time, and capacitors by a certain capacitance for storing electric charge. Such inductances and capacitances play a crucial role especially in the transmission of electrical signals and many physical or natural systems show a more or less complex behavior when a time-varying voltage is applied, which can be characterized by a so-called complex resistance.

Diffraction at slit and gratingHide

Another important method for the analysis and characterization of chemical or biological systems is spectroscopy in particular. You can use absorption or emission spectra, for example, to study the optical properties and electronic structure of a synthetic or natural molecule. However, other forms of spectroscopy such as NMR or mass spectroscopy can also be used to study the structures of such molecules, for example. In the present practical course, however, we restrict ourselves to optical spectroscopy.

In the slit and grating diffraction experiment, you will learn the basic principles of spectral splitting of light, which is essential for the application of spectroscopic methods. As the most common dispersing, i.e. splitting optical element, a so-called optical grating is used in spectrometers. In this experiment, you will investigate the functioning and properties of such an optical grating and deal with the concepts of diffraction and interference.

Optical gratings in the form of grating lines or holographic gratings are common dispersing elements in spectrometers. In the Spectrophotometer experiment, you will learn the basic operation of a spectrometer and study the fundamentals of emission and transmission spectroscopy using simple examples.

Light scattering is a commonly used method for characterizing macromolecules. It allows, for example, the measurement of the molecular weight distribution of polymers and can provide information about the shape and size of molecules. In addition, there are creatures in nature (e.g. bees or grasshoppers) that can perceive the direction of polarization of sunlight and orient themselves by it. The cause of the polarization of sunlight is its scattering by the molecules of the air. In addition, light is (partially) polarized during oblique reflection at boundary surfaces, depending on the angle of incidence.

Fresnel's formulas can be used to describe the proportions of reflected or transmitted light as it passes through an interface as a function of the angle of incidence and the polarization of the light. This can also be used, for example, to calculate reflection losses in optical systems.

In this experiment, you will use a model system to investigate the dependence of the intensity and polarization of the scattered light on the angle of incidence on a sample and on the size of the particles under investigation.

Optical images have numerous technical and scientific applications, enabling us, for example, to create very small structures using lithography in chip manufacturing, to observe distant objects such as planets or stars with telescopes, or to study tiny objects with the help of microscopes. In general, a so-called optical system - for example a combination of lenses and/or mirrors - is used to direct light emanating from a point on an object into an image point. By imaging many points of the object, an enlarged or reduced image of the object is created. This image can then be viewed with the eye or a detector, for example.

In the Optical Instruments experiment, you will first deal with the basics of optical imaging through lenses and simple lens systems and illustrate some of the possible imaging errors such as spherical or chromatic aberration. Finally, as an example of the application of optical imaging in an optical instrument, you will deal with the layout, magnification and resolution of a microscope. The latter is an indispensable instrument, especially in the field of biology, for observing and analysing small structures with the eye.

This experiment addresses the far IR and thermal radiation as another important region of the electromagnetic spectrum, which plays an essential role for life on earth, e.g. in the context of the greenhouse effect. In this context, of course, the thermodynamic aspect of heat conduction of bodies also plays an important role. In many chemical processes in the laboratory, but also in nature, the supply or release of energy in the form of heat plays an important role, be it in the synthesis of molecules or in the metabolism in organisms (thermogenesis). Heat is not only transferred by direct contact between two bodies, but also by electromagnetic radiation. In the “Heat conduction and heat radiation” experiment, you will determine the heat radiation of a body as well as the IR permeability of various materials and finally characterize the radiation of a so-called black body radiator.

The target group of the basic laboratory course in Physics for minor subjects are students of Biology, Chemistry, Biochemistry as well as Chemistry teaching:

For details on organisation in the current or upcoming semester, please refer to the elearning course application applicable to your field of study. 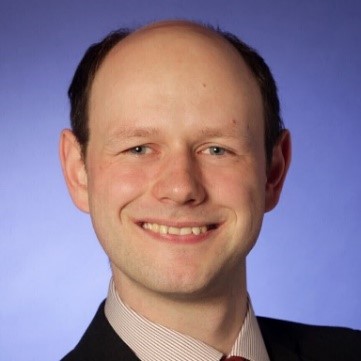