Bayreuth physicists discover mechanism for the formation of blood platelets

A healthy human produces about 100 billion platelets per day, or more than one million platelets per second. Just how the organism manages this enormous task, has now been discovered by physicists of the University of Bayreuth with the help of computer simulations. In fact, a previously unknown mechanism ensures the constant formation of this huge number of blood platelets. The scientists have presented their new findings in the journal "PNAS".

Individual droplets are formed from an elongated finger-shaped cell (blue) in the blood flow. Each droplet develops into a blood platelet. Image: UBT / Christian Bächer.

Blood platelets, also called thrombocytes, are all-important cells with a diameter of between only 0.0015 and 0.003 millimetres. They have the task of resealing injuries to the blood vessels as quickly as possible, for which they constantly patrol the bloodstream, ready to react immediately to any leaks. However, the biological capabilities of the organism alone are not sufficient to ensure that the immense number of platelets required for this is available at all times. Indeed, it takes the support of a particularly efficient physical mechanism. This mechanism has now been discovered and scientifically described by a Bayreuth research team led by Prof. Dr. Stephan Gekle, together with partners at University Hospital Würzburg.

The platelets are formed in the blood vessels by special cells that are localised in the bone marrow, and from which thin finger-like structures extend into the bloodstream. From there, it is rather similar to a water tap: just as a thin stream of water disintegrates into individual droplets due to surface tension, these finger-like structures break up into individual droplets. From each of these droplets one new platelet is formed. "With computer simulations, it is possible to follow these processes in detail and to visualize them. This basic research promises to be of great practical value to medicine – especially when it comes to optimizing bioreactors currently used in the artificial production of thrombocytes," says Gekle, who holds a Lichtenberg professorship for the simulation and modelling of biofluids at the University of Bayreuth. 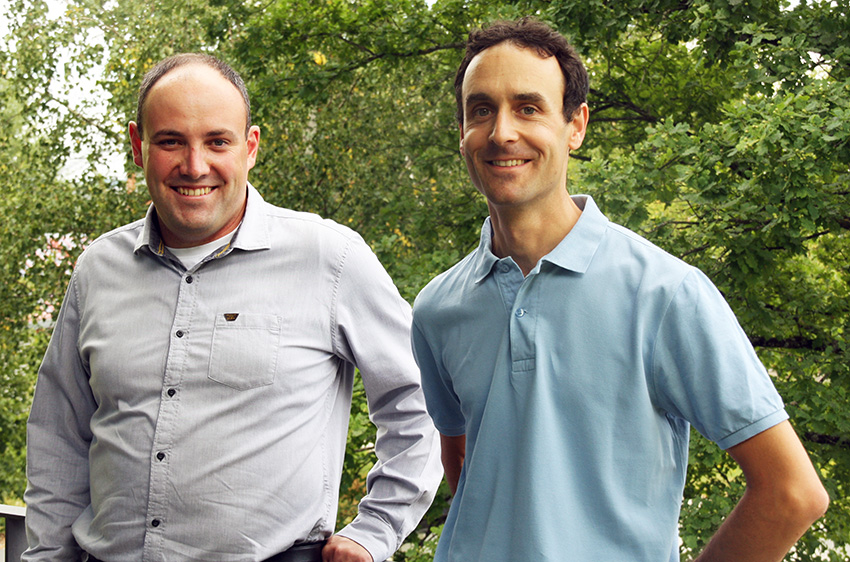 The interest in biological-medical questions, combined with large-scale computer simulation, has a long tradition in physics at the University of Bayreuth. Ever since his bachelor studies, Christian Bächer, doctoral researcher and graduate of the Bayreuth study programme "Biological Physics", and first author of the study published in PNAS, has been fascinated by how modern IT technology brings together physical and biological research. "It is always fascinating how processes in living beings, that seem so incredibly complicated at first glance, can often be understood on the basis of simple physical principles," says Bächer.

The research work at the University of Bayreuth was funded by the Volkswagen Foundation, DFG (the German Research Foundation), the Elite Network of Bavaria, and the German Academic Scholarship Foundation.